What is a Paint Protection Wrap? Here’s 1 Awesome Example

Paint protection film is installed on a limited basis by manufacturers on various pieces of cars at the factory (e.g. the rear arches of Porsches). This film is most commonly applied to high impact areas of vehicles. The film is generally installed by certified trained professionals who receive supplies from outside distributors and dealers.

As with many other consumer products, paint protection films were first developed and used by the military. During the Vietnam War, helicopter rotor blades and other sensitive parts of military transports were often damaged by flying shrapnel and debris. In order to help protect these moving parts, the US military asked 3M to come up with a solution that was both inconspicuous and low-weight.

The advantage of replaceable film over the replacement and repair of damaged rotor blades was immediately clear and its adoption was uncharacteristically quick for the US military. As a result, there are still people in the industry who refer to PPF as “helicopter tape” although this term is becoming less and less common as automotive applications have taken precedence.[1]

Adoption of PPF by automotive sector

Paint protection films use by the military has continued to the present day and 3M now makes a wide variety of aerospace and military films.[2] With time, however, the automobile industry began to take note of the protective benefits of PPF and it was soon being employed by race car drivers despite the difficulty of working with the original films. According to Kathy Lam, marketing manager for the automotive division of 3M “The first films were thicker and less compliant, [because] their purpose was to help keep helicopter blades from eroding in the harsh, sandy environments to which they were exposed. Because the blades were flatter and less complex than automotive surfaces, they didn’t demand a highly flexible, conformable film.” [3]

Today’s automotive PPF is highly conformable and optically clear and is available in a variety of thicknesses (measured in mil in the US) and colors. New products are multi layered and offer a self-healing top coat capable of reforming itself after being scuffed or scratched, maintaining clarity for more than ten years. Products from some vendors also offer hydrophobic properties, similar to those provided by a ceramic paint coating. Contemporary applications require a slip solution or gel as a barrier keeping the film from adhering to the painted panel. Custom and advanced applicators use steam, heat guns and torches to help apply film to complex surfaces. Pre-stretch and pre-form of films are also used for complex wraps and curves. Paint protection film has many different manufacturers/distributors present in the North American market.

There are different styles of installation of PPF. Installation with a plotter can be done using software designed to create a pattern to the shape of the panel the film is being installed on. It is possible to modify a plotter software pattern to suit the needs of an installer and/or their customer. The most experienced installers can actually hand template panels, and then convert those templates into digital format for software to then cut them digitally, meaning that any custom work can be converted into a digital template. Installation without a plotter, by bulk installing film from the roll, is a risk, as the film is cut directly onto the surface of the vehicle.

In addition to installations performed in situ at the factory or by certified shops and dealerships, there are also a select number of vendors who sell pre-cut and vehicle specific paint protection kits, as well as individuals who sell these kits on online auction sites or other markets.

PPF is designed specifically for physical protection against light road debris and scratching on paintwork. It is different from sealants which are usually in liquid form and are designed for UV and chemical resistance. Sealants harden up the clear-coat on your paintwork, but are not designed to protect your vehicle from physical damage. For this reason, both PPF and sealants can be used on vehicles to protect the panels in different ways.

If you’re looking to add this great profit center to your shop, check out the all new MUTOH ValueCut vinyl cutters.

MUTOH America is he leader in vehicle wrap print and cut technology. MUTOH Makes It Possible.

SEE YOU AT SEMA! 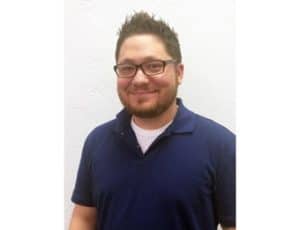 Ryan Arakaki, formerly Marketing Manager at MUTOH America has been promoted to Product Manager of Technical Training. Ryan is a talented individual with tremendous experience in video production as well as being thoroughly familiar with all MUTOH printers. His capabilities will be used to develop an extensive video library of technical training for our resellers as well as for our end users of our wide format printers.

Along with assistance from the entire Product Marketing team and Service Department, he will reorganize, and reignite the already great reputation for service that MUTOH America resellers and end users receive.

How MUTOH Training Just Got Better!

While, Ryan will coordinate and execute the training for our resellers on procedures for servicing our wide format printers, MUTOH will also draw from the talent of other individuals in our company such as Brain Armenta and Mike Davenport both of which currently serve in the Service Department of MUTOH. These individuals are intimately familiar with the entire line of wide format printers MUTOH offers and will assist Ryan in the hands on portion of our break/fix classes for our resellers.

Find out more about all the MUTOH wide format printers: www.mutoh.com

See where we will be hosting a LIVE training event: LIVE EVENTS Choosing a transfer paper for your MUTOH printer for optimal output. 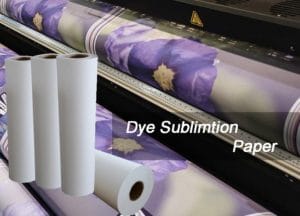 So, you’ve either bought a MUTOH dye sublimation printer or are looking at one.  If you are now looking at transfer paper for a MUTOH printer there are some things you may want to consider.

Raw papers vary in particle size and particle distribution affecting its density and uniformity which in turn affect the absorption and adsorption of ink without any dot gain control while at the same time making the release of the dye uncontrollable as well.   MUTOH printers are industrial designed printers designed with high resolution capability to output very high quality images for hard substrates while providing the speed capacity for high volume output, so uncoated papers are not recommended.

The secret sauce in dye sublimation transfer paper is the coating and there are primarily two basic types of coating.

High load or solid surface ‘clay’ coated papers have the most universal applications and can be used on the widest range of finished products.  These work well for solid surfaces like metals, ceramics and glass as well as fabrics for soft signage, apparel, home décor and rubber koozies.  Clay coated papers are high load papers, they can take high ink loads at print, but then dry fast.  They are also gas permeable allowing excess sublimation gas to escape through the paper rather than creating blowouts or ghosting.  While they don’t transfer as efficiently as CMC coated paper, they are friendlier to unstable print room environments making it a better choice first time and lower volume users.

Take a CMC coated paper and add a heat activated adhesive to it and you have Thermo Adhesive or ‘tacky’ paper.  This allows the paper to ‘stick’ to the polyester fabric eliminating ghosting with slippery textiles and sports apparel.  It eliminates difficulties when using clam shell presses that can shift during pressing causing blow outs or ghosting.  It is a bit more expensive than other CMC coated papers and does not stick to hard substrates.  It really shines when sublimating pre-sewn clothing, sticking to the garment allowing pressing of the second side while still attached leaving no lightening of the first side, giving a uniform two sided garment.  https://www.thinkMUTOH.com/it-is-a-bit-tacky-but-for-me-it-really-is-all-over/?v=7516fd43adaa

Take a coated paper and add a special UV inhibitor formulation and you have Kaspar Papir’s Sunpaper.  The UV inhibitors in this paper actually gas with the dye sublimation dyes and encapsulate the dye around the layers of polyester fabric fibers, absorbing into the polyester with the dye molecules.  So this is not a surface treatment and it needs no additional processing.  Print and sublimate as normal to get extended outdoor protection typically double that of unprotected processes. 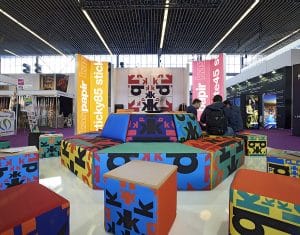 Need help choosing the right MUTOH wide format printer? Use the link below for assistance. we can walk you though a simple process to make sure you get what you are looking for.