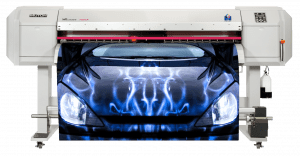 MUTOH VJ1624x is the “Wrappers Choice”

You Need Control of Your Wide Format Printer

I meet many users who purchase a wide format printer and cutter, get it delivered, setup and perhaps a little training and then struggle with it for months trying to make a profit. Do you fell this way?

These and many other topics are discussed with solutions in our MUTOH 2-Day FlexiSIGN & Color Management workshops.

Get Control of Your Wide Format Printer

Get control over your wide format printer and increase production and profits. Click the link below to find out where you can learn from an expert in FlexiSIGN and Design as well as color management!

or use this link: https://www.thinkmutoh.com/live-flexi-training-2019-schedule/

Although consumers can essentially ignore any schedule — Microsoft decides when their devices are upgraded — business customers and their IT personnel should be marking the calendar with the important upcoming events.

[ Further reading: How to choose the right Windows 10 release channel ]

That’s gotten harder as Microsoft has rearranged, rejiggered and repositioned Windows 10’s support in the three years since its debut. Most recently, Microsoft again demolished the itinerary of version appearances and disappearances by extending support from 18 months to 30 months for Enterprise and Education. “This will give customers on those versions more time for change management as they move to a faster update cycle,” argued Jared Spataro, the top marketing executive for Office and Windows, in a Sept. 6 post to a company blog.

To keep up with 10’s WaaS schedule, pencil in these dates.

Windows 10 1809 – the final Semi-Annual Channel release for the year – rolls out for the second time, 38 days after Microsoft yanked the first attempt because users reported the upgrade deleted their files. This feature upgrade is also the first that Microsoft will support for 30 months, not just 18, on Windows 10 Enterprise and Windows 10 Education.

Around this date, Microsoft will declare 1809 as thoroughly tested by consumers, and thus, ready for wide deployment throughout the enterprise. The late 2018 update will start appearing on Windows 10 Pro, Pro Workstation and Enterprise PCs that rely on Windows Update for Business (WUfB).

Windows 10 1903 – probably named “April 2019 Update” – launches between this date and late April. (Because both 1803 and 1809 were released significantly later than Microsoft’s plan, as marked by the month of release in its four-digit label, Computerworld cannot be more specific on future feature upgrade releases than this big-as-a-barn-door range of six-to-eight weeks.)

[ Got a spare hour? Take this online course and learn how to install and configure Windows 10 with the options you need. ]

Also, on this date, Microsoft stops serving updates to Windows 10 Enterprise 1607 and Windows 10 Education 1607 – dubbed “Anniversary Update” – ending the 32-month-and-change support lifecycle for the feature upgrade that debuted in August 2016.

Version 1607 will be the first Windows 10 feature upgrade to accumulate 30 or more months of support. Others will follow with 30 or more months of support, including 1703, 1709 and 1803, thanks to Microsoft’s rejiggered support rules. “All currently supported feature updates of Windows 10 Enterprise and Education editions (versions 1607, 1703, 1709, and 1803) will be supported for 30 months from their original release date,” Spataro said.

Around this date, Microsoft will notify customers – on a post to a company blog – that Windows 10 1903 is stable enough to deploy to all corporate PCs and will simultaneously begin seeding Windows 10 Pro, Pro Workstation and Enterprise with the upgrade via Windows Update for Business (WUfB).

Windows 10 1909, or “October 2019 Update,” begins reaching users at some point between this date and the end of October.

Microsoft delivers the final updates to Windows 10 Enterprise 1703 and Windows 10 Education 1703 – aka “Creators Update” – after supporting those SKUs (stock-keeping units) for 30 months, or two-and-a-half years.

This date is of interest because it shows that Microsoft starts counting support from the actual launch of the feature upgrade, not from the supposed March and September release targets.

Microsoft sets the end-of-support date on the first Patch Tuesday – the second Tuesday of the month – following the 18th or 30th month anniversary of release. For example, Microsoft started shipping 1803 on April 30, 2018, making the 18th-month anniversary Oct. 30, 2019. But the stop-support date for Windows 10 1803 has been penciled in as this date, Nov. 12, 2019, the next Patch Tuesday.

Microsoft will retire Windows 7 from support on this date, marking the general deadline for enterprises to replace that OS with Windows 10.

There will be laggards, and some companies will pay to add support by purchasing an Extended Security Updates (ESU) plan, however pricey, to keep critical and important patches coming to Windows 7 Enterprise and Windows 7 Education.

It wasn’t a surprise that Microsoft decided to dangle a more-money-for-more-support deal before enterprises. Windows 7 is expected to remain on huge numbers of PCs come the 2020 retirement, up to 34% of all Windows personal computers by Computerworld‘s latest calculation.

Somewhere near this date, Microsoft will proclaim 1909 as sufficiently tested (by consumers) and ready for wide deployment (by commercial customers). The September update will begin appearing on Windows 10 Pro, Pro Workstation and Enterprise PCs that rely on Windows Update for Business (WUfB).

Microsoft serves up final security and non-security patches and fixes for Windows 10 Enterprise 1709 and Education 1709, the fall 2017 feature upgrade Microsoft tagged “Fall Creators Update.” The date marks the end of 30 months of support.

Microsoft pushes the final patches and fixes to Windows 10 1809 on Home, Pro and Pro Workstation.

Like its immediate predecessor, 1809 was weeks late getting to customers, so Microsoft extended support by a month. This date also confirmed that Microsoft sets the end-of-support date on the first Patch Tuesday following the 18th or 30th month anniversary of release.

Somewhere around this time Microsoft will tell commercial customers that Windows 10 2003 has been tested enough to roll out to corporate PCs. Machines running Windows 10 Pro, Pro Workstation or Enterprise will start seeing the upgrade arrive through Windows Update for Business (WUfB).

Microsoft starts delivery of Windows 10 2009, aka “October 2020 Update,” between this date and the end of October.

Although this original LTSB (a second was released in August 2016 and a third was to appear in the fall of 2018) has five more years of “Extended” support coming to it, this date ends some support offerings, such as feature change requests and non-security bug fixes. For more information on what’s included in mainstream and extended support, refer to this support document.

Meanwhile, Microsoft hands out the last updates to Windows 10 Enterprise 1803 and Education 1803, calling it quits for support that stretched a bit more than 30 months.

Success Takes Effort. Are You Willing?

Your Competition Just Signed Up for Training – What Are You Going to Do About It? 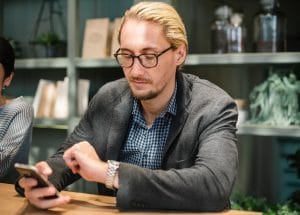 Undoubtedly, we all know the value of training & education in the wide format print business. But do we have time for it? Your competition does! So what are you going to do about it? Here are just two ways to respond.

Many will simply ignore that fact that their competition is attending a training & education class. They will come up with excuses like “I have too much work right now.” or “I can’t take time away from my shop.” or even “My employees just don’t need it.”

Look we are all busy, but apparently, your competition isn’t. They understand the need and are looking to spend a little time away from the shop to improve production and efficiency. Once done, they will see how to make their workflow easier, faster and more profitable. They will be in business next year. Will you?

Another way to respond? Sign up for the workshop. By doing so, you can get the training sure, but you can also talk to your competitor, find out how they are doing, what they are doing. Look, you’ll see in our workshops they are much more than just sitting around. You’ll see lots of tips and trick for better output, faster production.

Our workshops are taught by experienced, real-world instructors who have run shops and want to now share what they learned and what they did to be successful.

We welcome everyone to our wide format training & education workshops. If you own an HP, MIMAKI, Epson, Roland MUTOH printer, this is the place to learn how to make your printer better and stay ahead of the competition.

Use this link to sign up for a class today!